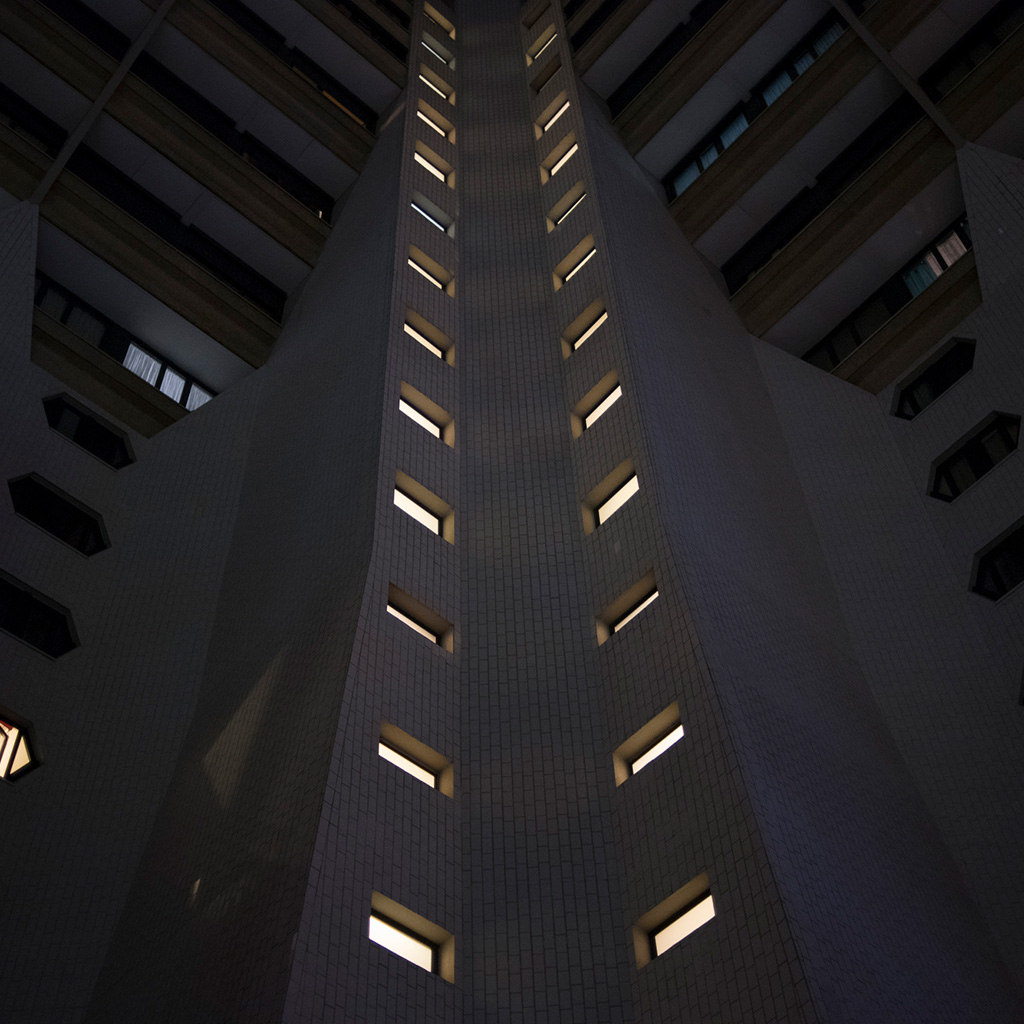 Night Symphony is a visual poem for the anonymous lives hidden in the urban landscape of the metropolis.
The pictures were taken in the 19th district of Paris. Despite the fact that the 19th is the most densely populated district of Paris, human presence in the pictures is nothing more than light in the window at night. It’s during the night that this light symphony starts.
As a consequence of modernity, our lives are organised in vertical. Huge buildings alter the landscape to the point they become landscape themselves. How easy is to know your neighbour when in just one block might live thousands of people?
In addition to the photographs the exhibition includes a musical composition by Kostas Tziros which was inspired by the pictures.

Artist bio:
Penélope Thomaidi is a greek documentary photographer, currently enrolled in Creative Documentary and Photojournalism one-year programme coordinated by Spéos International School of Photography and Magnum Photos, in Paris, France.
She has studied Plastic Arts and Arts Sciences (BA) in the University of Ioannina, Greece and got an MFA in Art Production and Research from the Facultat de Bellas Arts of the Universitat de Barcelona.
Her work often focuses on subjects related to memory – both personal and collective – and resistance.