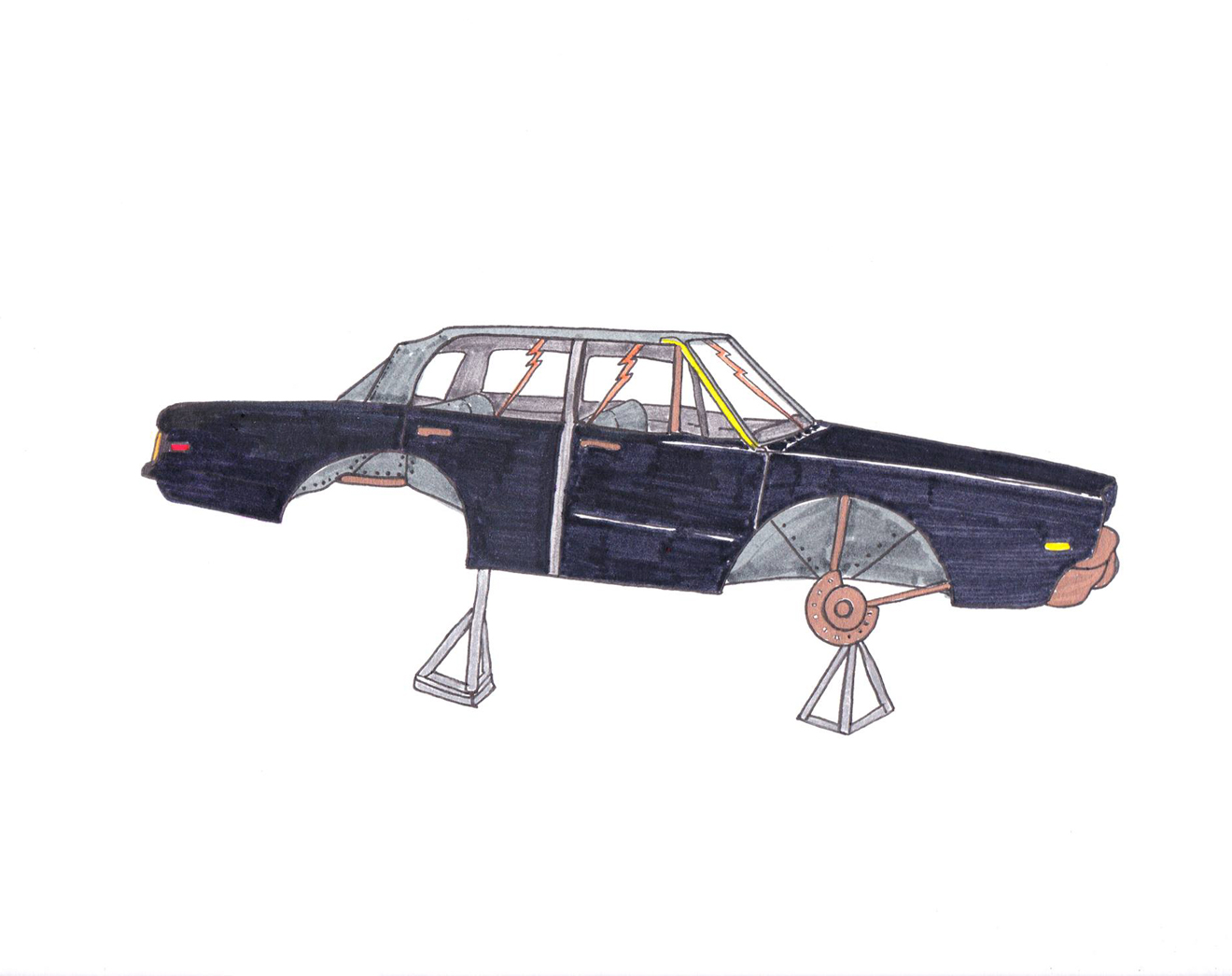 About five years ago, my parents left me the car they had been driving almost their entire married. By that time, i was not very interested in cars, however, i began to develop a strange and close relationship with this car. Suddenly i realized it was accompaning me everywhere and son after it became an element that characterized me.
When someone got into my Mazda 3.23 from ’96, would almost always remebered an anecdote related with this old cars and every ride became a story. Little by Little, my disinterest became a kind of obsession and i started to realice that cars are containers, transportes, stories. In 2017 i started looking up ways to collect them, and i did it throu drawing.

Escape System is a series of car drawing that i have seen on the streest of Bogotá and which i have had the feeling that carry many stories inside. The drawings, made with markes, have strong lines and bright colors that try to be descriptive from an innocence distance.

Escape system is a car collection of today and always.

Paola Acebedo is a Colombian Visual Artist that currently resides in Bogotá. Owns a Master’s Degree in Contemporary Art Creation at the University of Barcelona (2017). She has been part of different colectives and projects that works around the graphic and plastic art, and has exhibited in different places such as: The Museu Nacional d’Art de Catalunya in Barcelona

Her work is about the collecting process, that involves the relationship with material culture and identity, through the objects found in our environment.