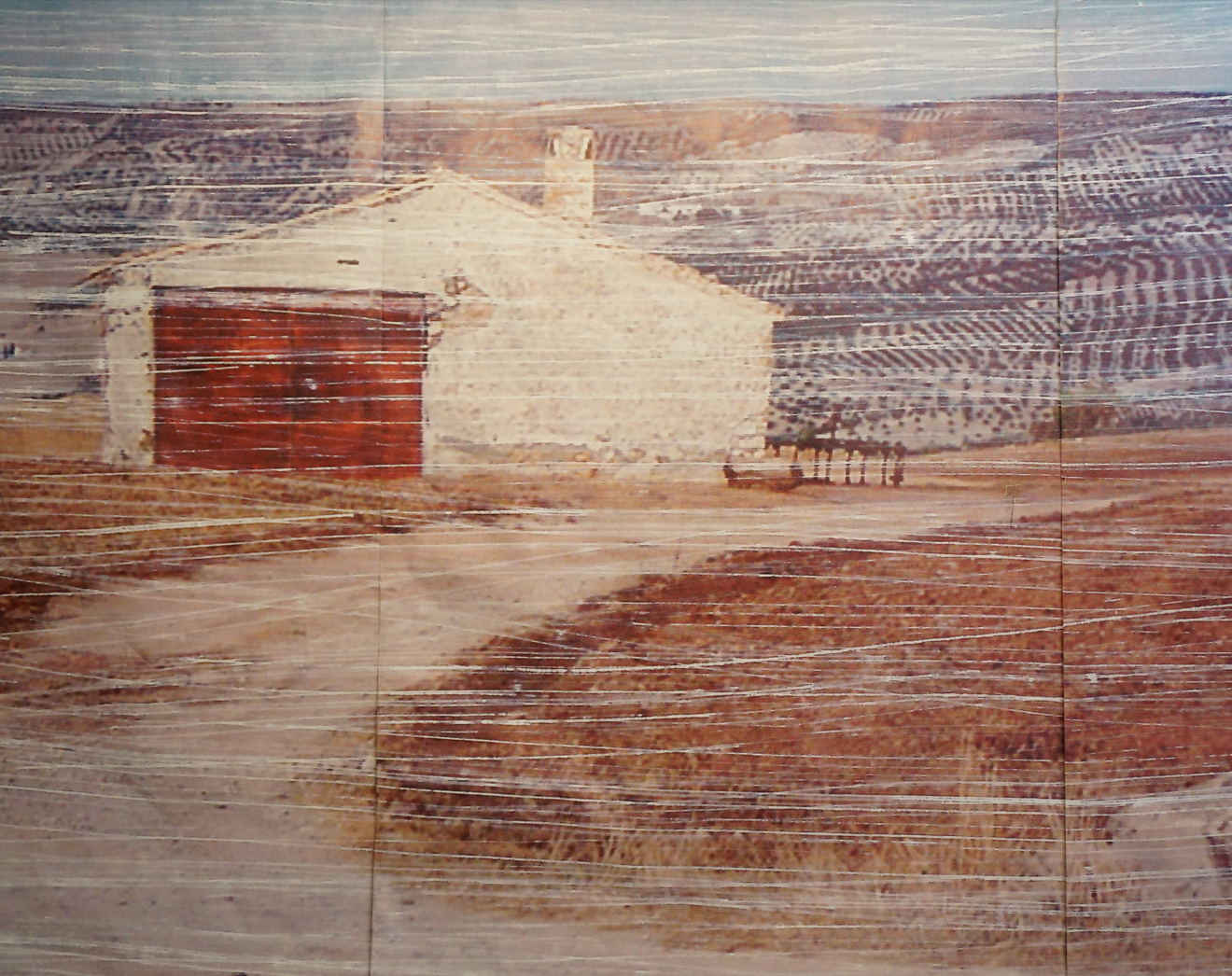 The idea of the passing invades the photographs of the Longe series. Indefinite State, by Brazilian artist Lela Martorano. The images were taken inside a moving car, capturing the landscapes of southern Spain, since 2007. They are elusive images that escape sight and are scratched by the artist, intensifying the aspect of imprecision. The torn surfaces of the photographs reveal the fragility of the material, the passage of time and the fleeting nature of memory. The exhibited video art piece was made in collaboration with the artist Fê Luz, who worked with sound as something that escapes, as well as the images that move through the window. In her work, Martorano captures the ephemeral, a path that one makes and unmakes, fixed in the trait of an image.

Curated by Lucila Vilela in collaboration with Herman Bashiron Mendolicchio.