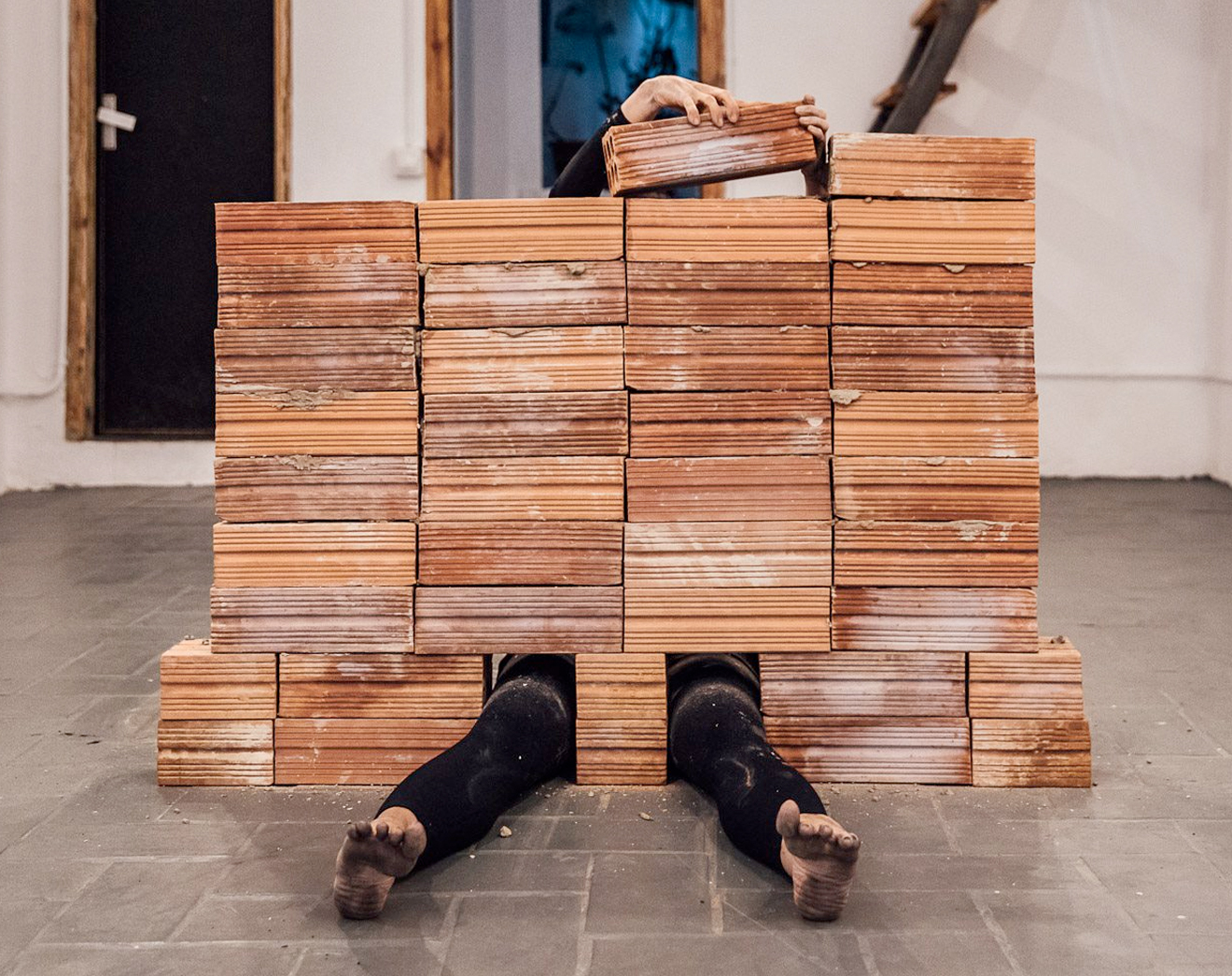 Performance is one of the most common practices in Mariana Rocha’s artistic research. In Everywhere / Nowhere, the artist traces with a black chalk the white walls of the exhibition space and challenges herself in the ritual construction of a wall that blocks and divides her own body in two. Movement and immobility are therefore coexisting in the same space.

On the one hand, an abstract and dancing map, with lines and curves, draws an ephemeral memory of the walks and movements of the artist’s body in space. On the other hand, the construction of the wall is transformed into a slow and dramatic ritual, a symbol of the tension we feel while facing our everyday obstacles. The wall represents also the consciousness of our own limits of knowledge. It becomes a metaphor of division between the here and there, between body and soul, between the proximity of the self and the distance of the other, between life and death.

Mariana Rocha, through her actions, faces the impossible distance between herself and the knowledge of the non-being. This perpetual search it materializes in her body that remains immobile facing a wall that does not allow her to advance and penetrate. What is beyond the wall represents, ultimately, the mystery of death: a presence that is, at the same time, everywhere and nowhere.

Mariana Rocha is a visual artist, researcher and performer. She is a PhD candidate in Literary, Musical and Visual Thought at The European Graduate School EGS (Switzerland) and a researcher at PEI – Independent Studies Program at MACBA – Museum of Contemporary Art of Barcelona (Spain). She has a BA in Fine Arts from Escola Guignard (UEMG/Brazil), specialized in drawing and sculpture; has a MA in Performance Art from Faculdade Angel Vianna (RJ/Brazil) and a MFA from Plymouth University (UK) and Transart Institute (USA/DE). Her work is interdisciplinary and has been shown in more than 20 countries. She is part of the performance duo Rocha & Polse, and researches the body and its relation to sound, movement, decay, social contexts, architecture and landscape.