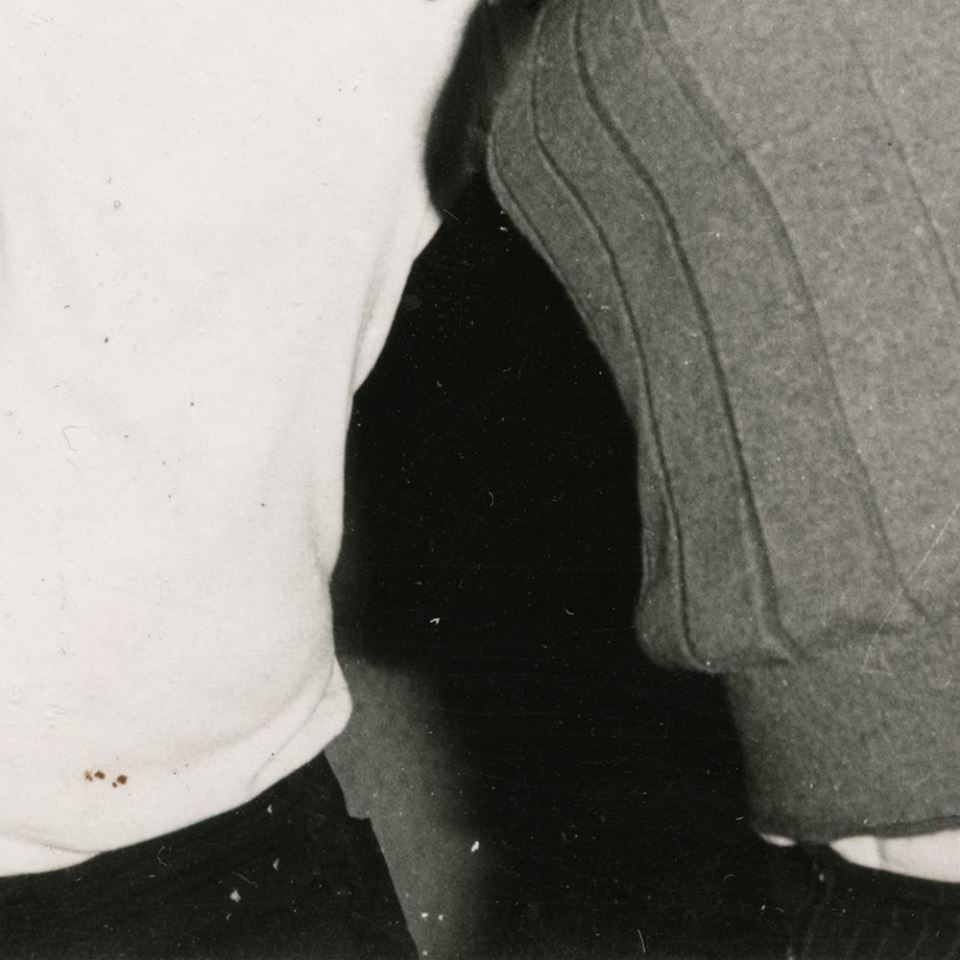 “La cuarta pared (The Fourth Wall)” obeys a desire to explore the physical dimension of the photographic object and unravel the sociological framework shaped by family snapshots. How do these photographs mediate in our relationships? What part do they play in our bonds, in our understanding of family ties? La cuarta pared deals with our affections and the mechanisms characterising the subjectivity inherent in our perception of images, inviting the spectator on a journey to the centre of photography.

Considering the mediation of the camera, the process consists in plunging into the photographic print bearing in mind the blind spots of the frame, and from there, in exploring the opening to spaces of reflection that concern both the family sphere – in the Gestalt or relational sense – and the multiple temporalities of the image. As a result, the reflection posed by La cuarta pared moves beyond the family setting and hints at another way of understanding the photographic event that transcends the moment the photographer takes the picture.

Placing the camera ‘inside’ images when taking photographs enables us to alter the established hierarchy of the aspects that presumably confer meaning, suggesting the possibility of focusing on the interstices of the visible that usually escape our attention. Refining our gaze in order to capture the seemingly secondary information reproduced in a photograph. i.e., that which exists on the margins of the referent, dissolves the barrier that perpetuates us in the role of external spectators and absorbs us in its inner being.

From this new space on the boundaries of photography, each one of us will be able to travel the paths we perceive and at once revisit our own images from a different perspective, with another proximity.

Diego Ballestrasse (Argentina, 1974) Lives and works in Barcelona. He studied architecture for four years at the University of Buenos Aires, and photography at the EASD Serra i Abella and the Centro de Fotografía Documental in Barcelona.

Twice finalist at Descubrimientos PhotoEspaña, in 2016 with the series “La Cuarta Pared” and in 2009 with the series “Set”. He won the prize “Another Way of Telling” at Pa-ta-ta Festival and was finalist at SCAN Full Contact (ES), both in 2016 with the series La Cuarta Pared. In 2014 he received a grant from the Centro de Fotografía Documental in Barcelona. His work has been published in both, online and paper magazines, such as Camera Austria, Der Greif, PHmuseum, STILL Magazine and Archivo Photo. Diego has shown his work at different art venues in Madrid, Barcelona and Buenos Aires; as well as has presented his work through talks at Recyclart (Brussels, BE) or ViSiONA (Huesca, ES). He has recently been selected at Grand Prix Fotofestiwal Portfolio Review (PL), and has participated at “Authors in Selection”, Fotonoviembre 2017 International Photography Biennial (Tenerife, ES).