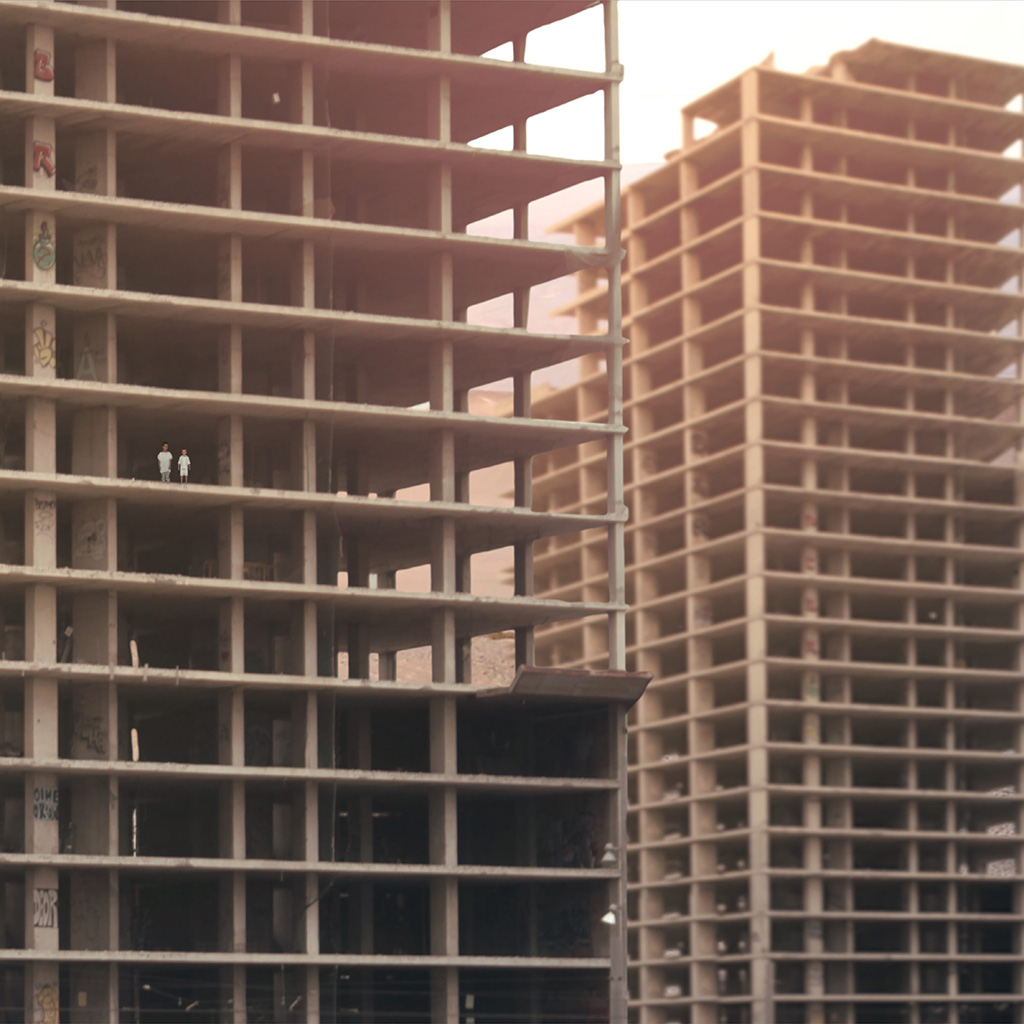 Anything can happen during a journey, even the chimerical encounter of impossible geographies. The landscapes of “The Present Condition” derive from a 15,000 km long journey, in which the artist connected two geographical extremes of the South American continent. The video is tinged with a surreal atmosphere, where real and imaginary spaces intersect. Human intimacy, desire, work, savage capitalism building cathedrals in the desert, perverse bureaucracy and the constructions of borders are some of the provocative elements that are mixed in a striking and suggestive visual mosaic. What is territory? What constitutes border territories and what are its limits? How are they built and against whose wills are they imposed on? Merino’s work portrays a sense of estrangement with a series of apparently complex and remote questions. At the same time it invites the beholder to become an active participant in a collective and hallucinogenic journey towards the unknown.

The video artist Albert Merino (Barcelona, 1979) holds a degree in Fine Arts from the University of Barcelona and the Kunsthochschule Berlin Weißensee. He was also an artist member of the Academie de France à Madrid. Merino uses video as a vehicle for his work, with a wide range of visual imagery he intervenes and transforms everyday life as we know it. His work has been shown in institutions and museums including ‘La Casa Encendida’ Arts Santa Mónica’, Palais de Tokyo’, Academie de France (Paris), Songwom Art Center (Seoul), MEIAC (Badajoz), MOCA (Taipei), and the Nam June Paik Art Center (South Korea). The artist participated in a large number of international festivals, where he has been recognized with several international awards such as ‘First Prize for Video Art, Video Art Contest Shipyard’ (2015), First Prize Videoakt 03 Biennal de Vidaoarte'(2013) ‘Madatac Prize to the Best Work of Video Art'(2012) ‘1st prize minimations LUMEN-EX'(2011), first prize in the video art category at the Close-up Vallarta (2012), Sassari Film Festival (2013) and BCN Visual Sound festivals (2011 and 2014). His work has been viewed in solo- exhibitions in the Trapezio space (Madrid), the Pronillo Chapel (Santander), the IMA space aswell as collective exhibitions in the C1 (Berlin), the Alter-native Loop Space in Seoul, the Galleria Boccanera, Trento, Sant Andreu Contemporani, Los Angeles Art Fair, Beijing Art Fair, Art Basel Hong Kong or the biennials in Wroclaw, Poland or Cerveira, Portugal.